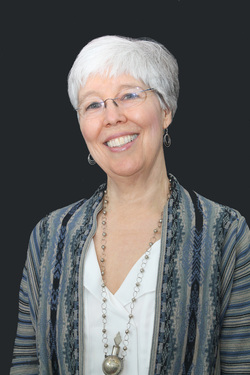 Louise W. Knight
Louise (Lucy) W. Knight is an author, lecturer, and historian. She has written two biographies of Jane Addams. In 2005 she published CITIZEN: JANE ADDAMS AND THE STRUGGLE FOR DEMOCRACY (University of Chicago Press, 2005), about Addams's formative years. The second book, the first full life biography of Addams in 37 years is JANE ADDAMS: SPIRIT IN ACTION, (W. W. Norton, 2010). Shifting her focus to the antebellum period, she is currently working on a book about the radical abolitionist-feminists, Sarah and Angelina Grimké, titled American Sisters: Sarah and Angelina Grimké and the Fight for Human Rights, to be published by Farrar, Straus and Giroux in 2024.

Knight's writing have been published in the New York Times Book Review, the Wall Street Journal, the Nation website, CNN.com, and the Chicago Tribune. She lectures often at universities, historical societies. and academic conferences. She has appeared on public television, C-Span Book TV, and various radio stations. In her lectures, booktalks, and other writings, she explores the connections between early and current progressive civic action.

She is a long-time Visiting Scholar in the Gender and Sexuality Studies Program at Northwestern University,  currently serves in the board of Biographers International Organization (BIO) and is a former president of the Frances Willard Historical Association, which manages the historical site, Frances Willard's home, in Evanston, Illinois.
AUTHOR OF ﻿CITIZEN﻿ • AUTHOR OF JANE ADDAMS: SPIRIT IN ACTION • WRITER OF WOMEN'S HISTORY BLOG
CONTACT LOUISE W. KNIGHT